here you find our

noa entertainment provides you and your event with professional and extraordinary entertainment. We have many fantastic artists ready and waiting for you. Thanks to first-class networking, resulting from our long and successful company history, there are almost unlimited and diverse possibilities. Please do not hesitate to contact us without obligation. Below we present a few of our acts as examples: 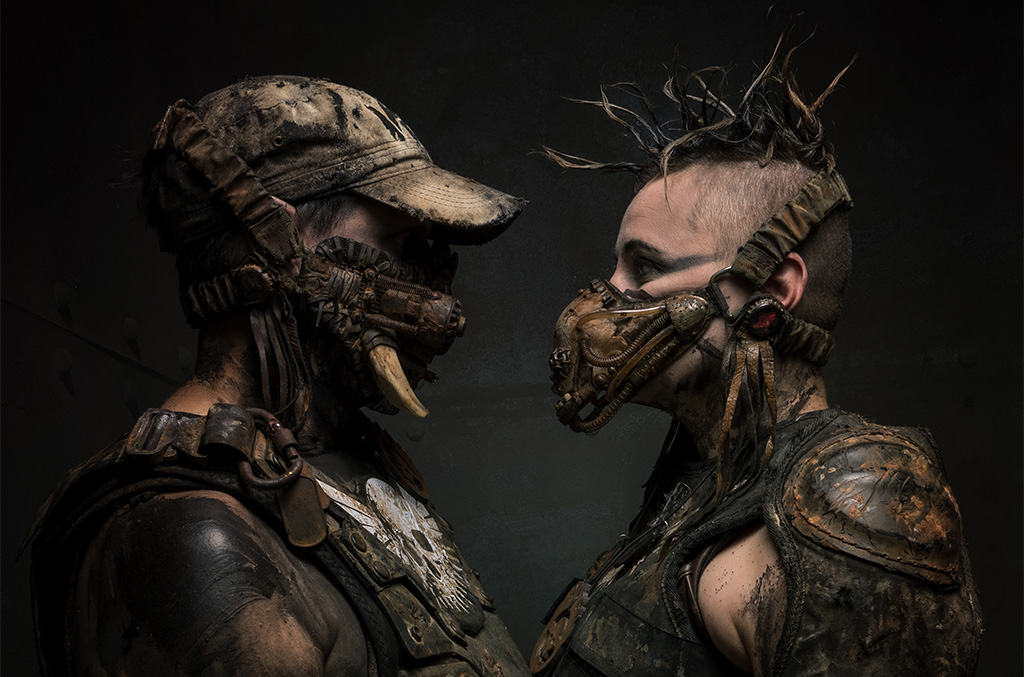 Brand new and exclusive to us at “Rentals”: Born in a world of fire and blood, risen from the ashes of the old world, comes V2A – the world famous post-apocalyptic industrial band. Their epic live shows have seen them headlining major festivals across Europe, the UK and the USA.

Dive into a desolate, post-apocalyptic world and experience a great “freak show” to join in and party to at the same time!

Singer Philipp Göhring was in the 2014 season of “Dein Song” (KIKA/ZDF), made it to the final and was thus allowed to work with the band Revolverheld, with whom he still keeps in touch. In the beginning, Philipp stood alone on stage with a guitar or sang live to his playbacks. Now the band is three, with proper live bass and drums. Fat grooves and a wonderfully complementary backing track characterise their set. They keep working hard and want to get out on the stages of the country!! 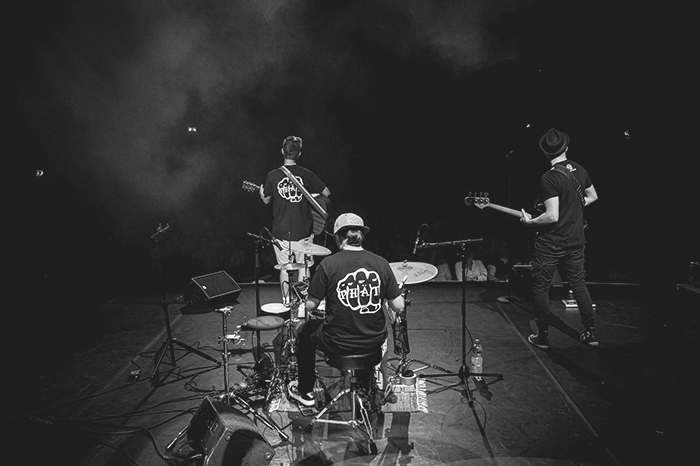 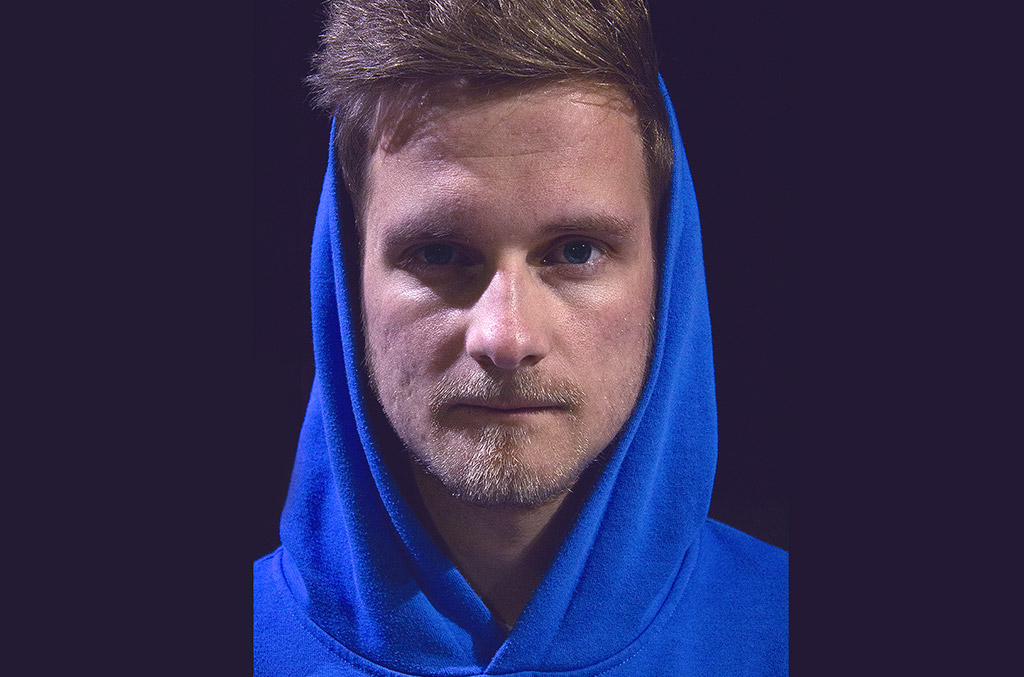 He has been making music with his band PHÄTTE ZEITEN for many years. A clear signature that is always recognisable. With “PHLY”, Philipp Göhring now wants to live out a different kind of music parallel to the band. A side that is not known from him in this way. Be curious!

As a singer-songwriter band, KATHRINA combines the tradition of classical songwriting with modern interpretations of handmade music in a contemporary setting.

The five guys from East Westphalia come across as unaffected and authentic, and their sound is just as genuine and uninflated. Without lamentation or raised forefinger, but with direct address and a healthy portion of irony and (self-) criticism.

A lot has happened since the band was founded in 2005. What was originally only intended for its own microcosm has developed into a small success story over the years. Not least because of all the helpers, supporters and sponsors in the foreground and background: the collective is growing… and carries KATHRINA further out into the world – with every performance. 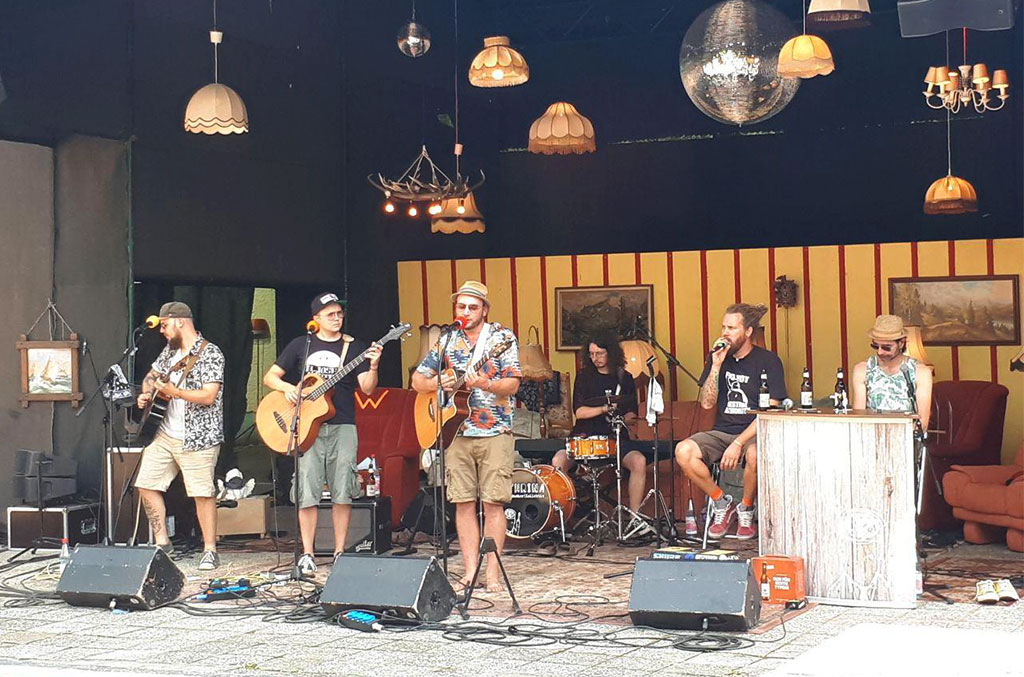 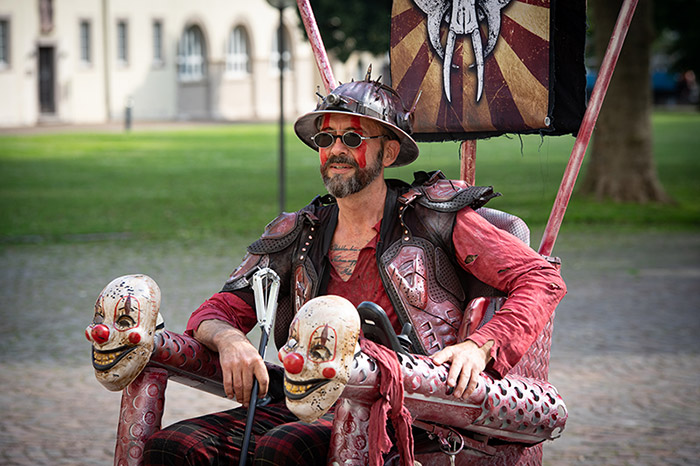 Europe’s only snake magician. Take your guests on a magical and fantastic journey through time a la Jules Verne.

With his extraordinary appearance and his unique snakes, Prof. Abraxo is a real event highlight and a crowd puller. Whether small or large stage, indoors or outdoors, walk-act or close-up, each of his programmes is always a mixture of comedy, magic and snakes.

The Steamrider is Mr. Professor’s trademark and means of transport through space and time as well as an attraction for every city festival etc. at the same time.

Performance in costumes of the dark kind. Walk act, mysterious and morbid. From her hometown of Cologne, she is always drawn to Venice, fascinating and mysterious. This city is always an inspiration for her costumes, her great passion. La Scura has been performing in the Venetian Carnevale for many years. With stage shows at the Ballo Cavalchina (Theatre la Fenice), as a walk-act at the Ballo de Doge. 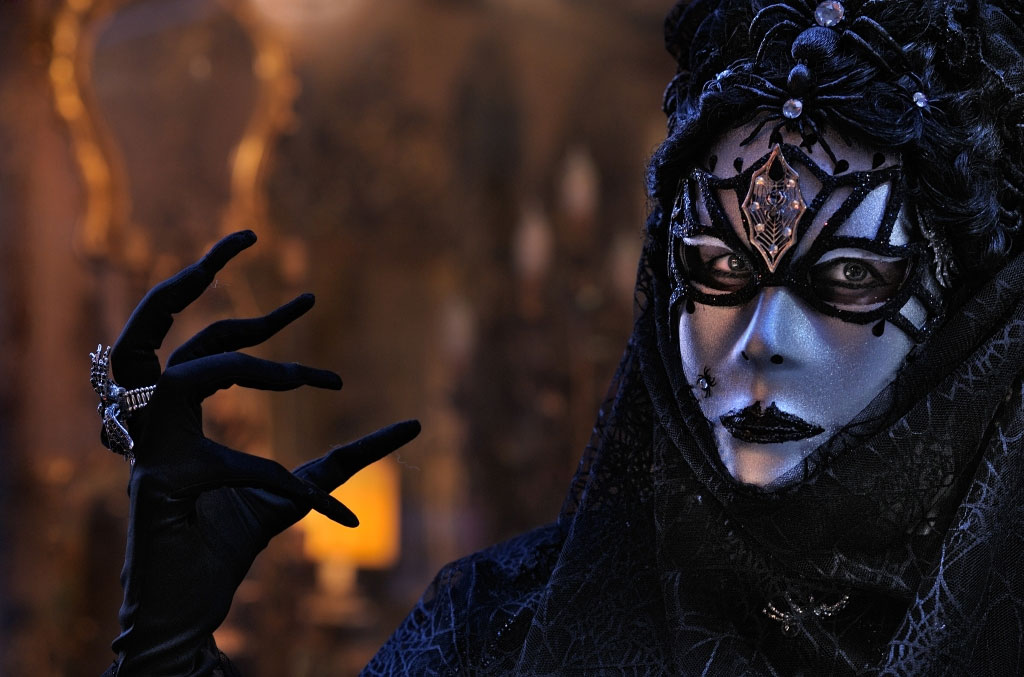 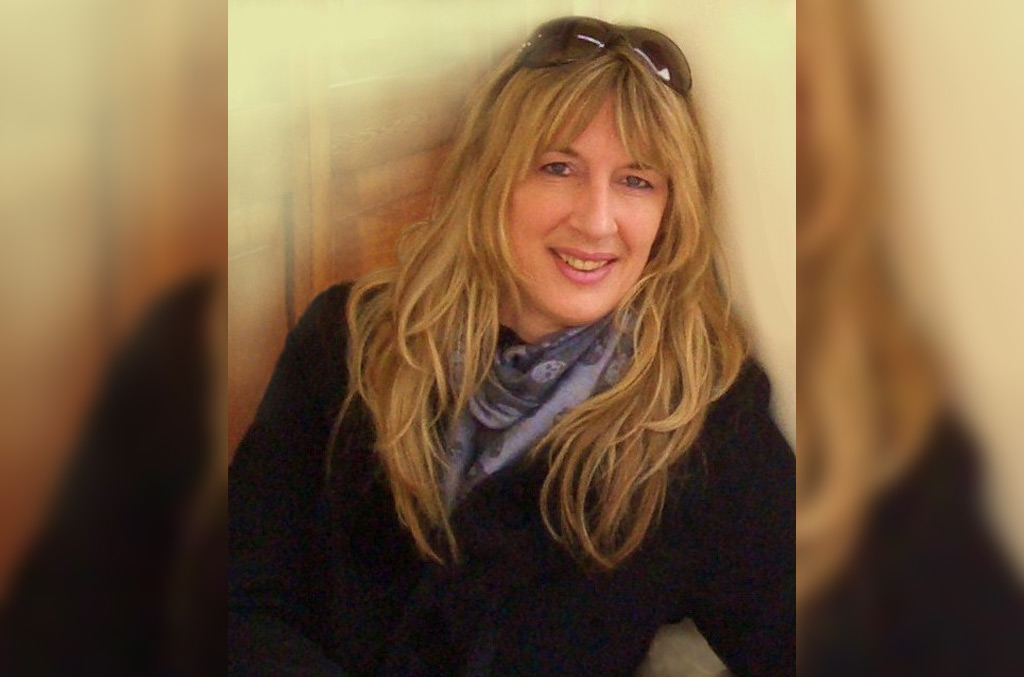 Heike lives with her family in Cologne. Her career has always revolved around children. She is a trained nursery school teacher and ran a day nursery for a long time. When she became a mother herself, it was time for a career change. She has been creating birthdays, events and theme parties for children since 1992. She has also been involved in the planning of children’s events at open days in car dealerships (Renault, Citröen) and companies, e.g. various pharmaceutical companies. We will gladly send you a detailed programme with descriptions of all parties and prices.

No mountains far and wide? We can help: Andreas DerBerg is the musical answer to Tine Wittler.

But he also has a lot to offer in other respects. With his keyboarder “Orgelnorbert” he rolls over every stage like an avalanche: soulful or brutal – NO MATTER! The two of them can draw on more than 20 years of experience. With the “Landeier” they have actually achieved everything, but now they want to go high! 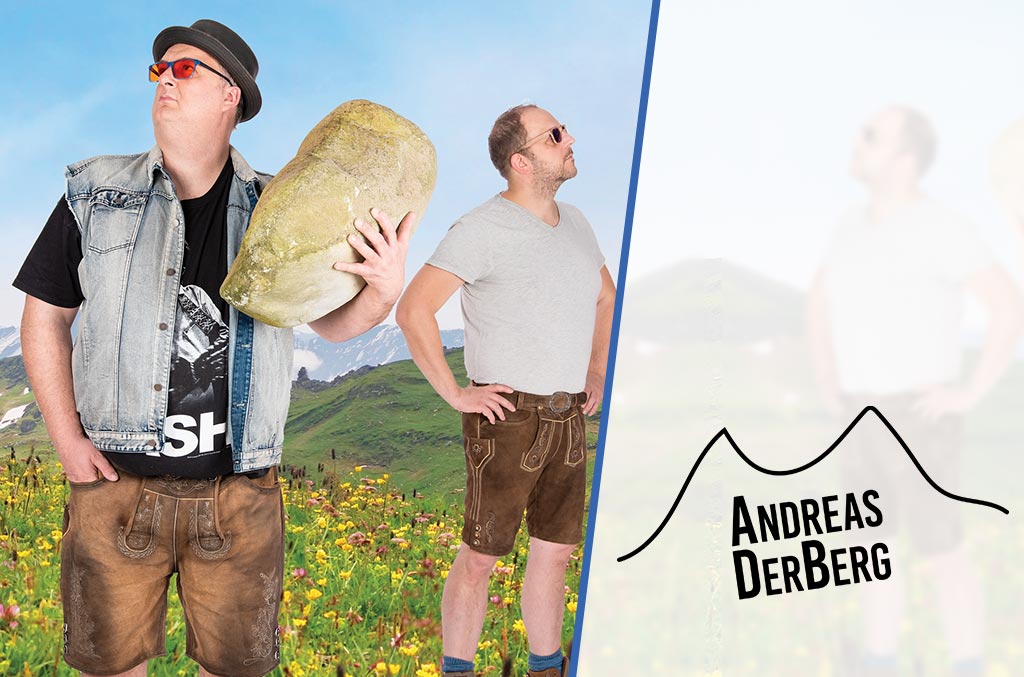 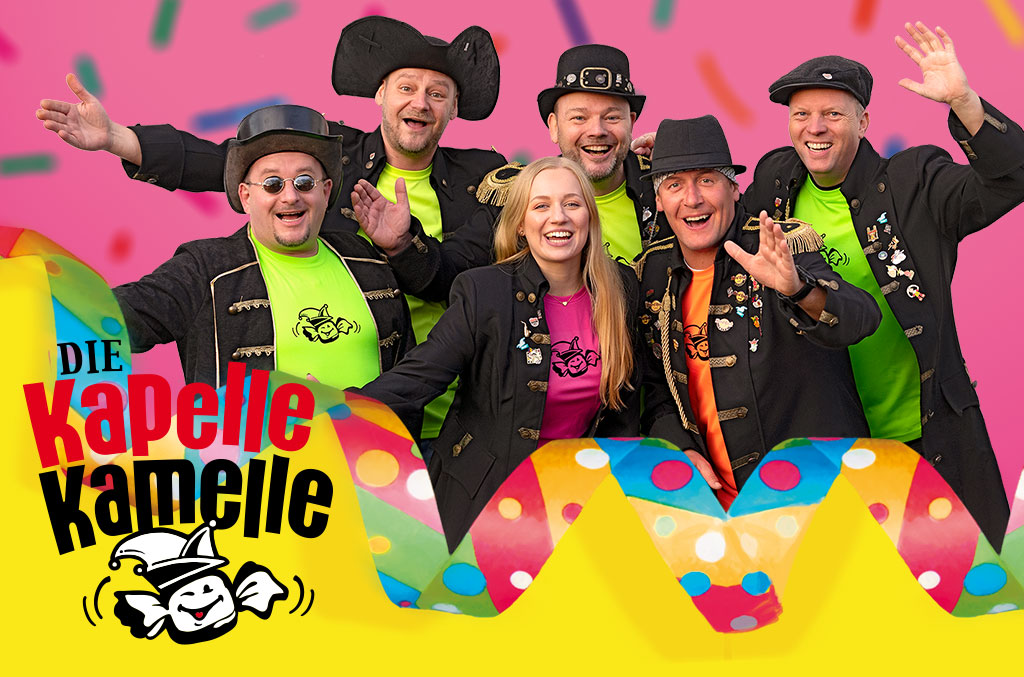 They are on the road again …

… in their luggage: a concentrated load of närrischer VolxPopRock, one or the other Schunkelwalzer and fiery samba groove – the Kapelle Kamelle is simply fun and guaranteed to get every fool’s heart into high-frequency range. Everything live and as colourful as carnival has to be – with their own as well as catchy popular hits and big “world hits”! Weird guys with playfulness and “fun in their cheeks”, plus an enthusiastic audience: off they go!

Whether city festivals, pubs and beer gardens or private parties; the “Saitenspringer” are at home everywhere. With their likeable stage presence, they never fail to delight audiences of all ages.

Founded in 2010, the “Saitenspringer” have become an integral part of the cultural scene in Bielefeld and beyond. Originally founded as a pure duo, since 2016 they can also be seen and heard as a classical band under the name “Saitenspringer & Friends”. Emotionally melancholic original compositions as well as selected classics and evergreens from rock and pop history make the programme of the four an unforgettable experience time and again, taking the audience on a musical journey through 50 years of music history. 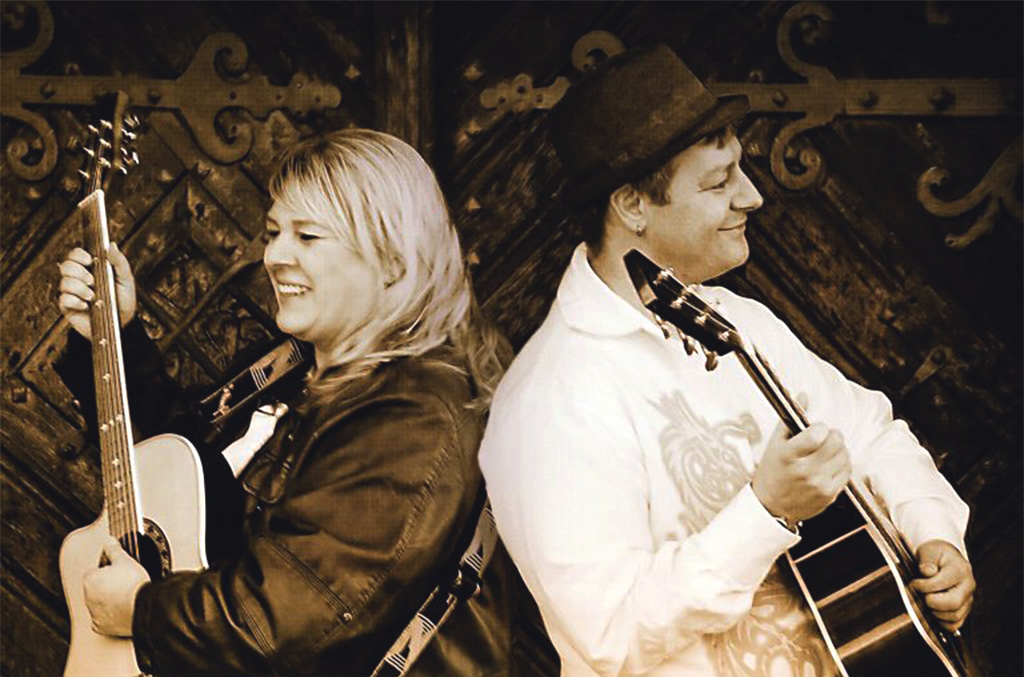 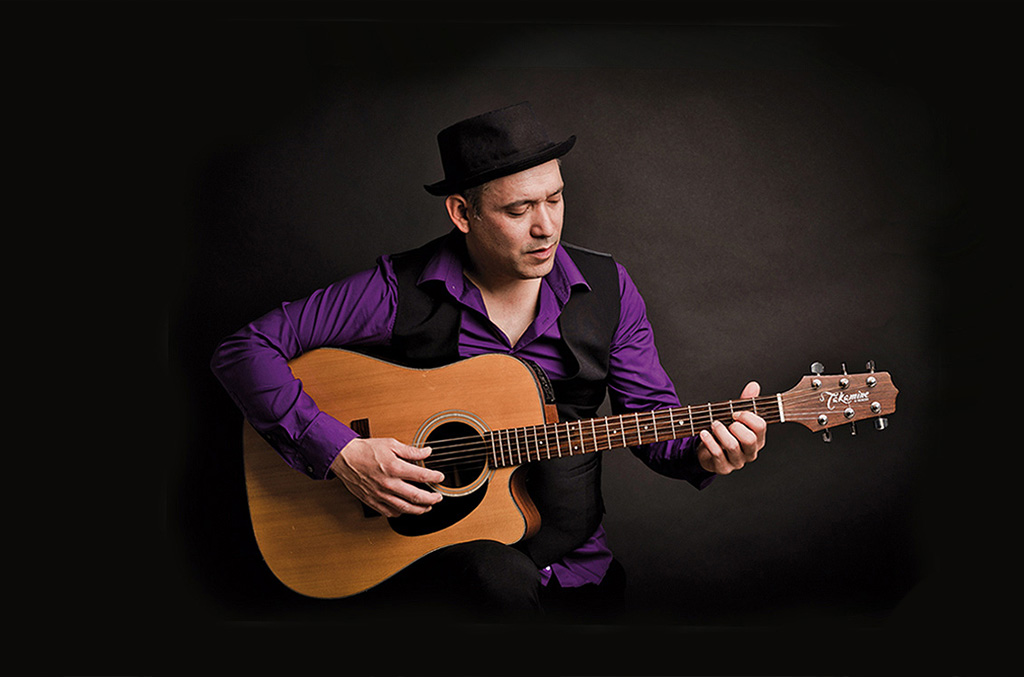 „Juan Pablo sings like a young god…” was the recent verdict of an enthusiastic listener after a performance by the singer from Mexico.
Juan Pablo & Band offers very personal interpretations of Latin American rock and pop songs, but also folkloristic titles in a distinctive style.

Whether solo with guitar, as a duo with the double bass to a trio or quartet – the relaxed grooves add the right pinch of exoticism to every birthday, company event or wedding reception.
We play for you on stage, at street festivals or even in your own beer garden – unplugged with very small cutlery, but also with pleasure with
electric guitar with mucha presión 😉

Mirko Bierstedt, known from the casting show “The Voice of Germany”, has found his musical home as a singer and entertainer in his own band.

This band has been rocking Germany for 10 years now and thrills its growing fan base in live shows with ingenious, partly self-written pop-rock music, enriched with well-known hits in the unmistakable MBB sound.

Together with his seven highly experienced musicians and his distinctive smoky voice, whirlwind Mirko takes over every stage and audience immediately and makes his audience sing, dance and party!

Their first EP “Half Moon Night” can already be heard on all known platforms like Spotify, Apple Music and Youtube. 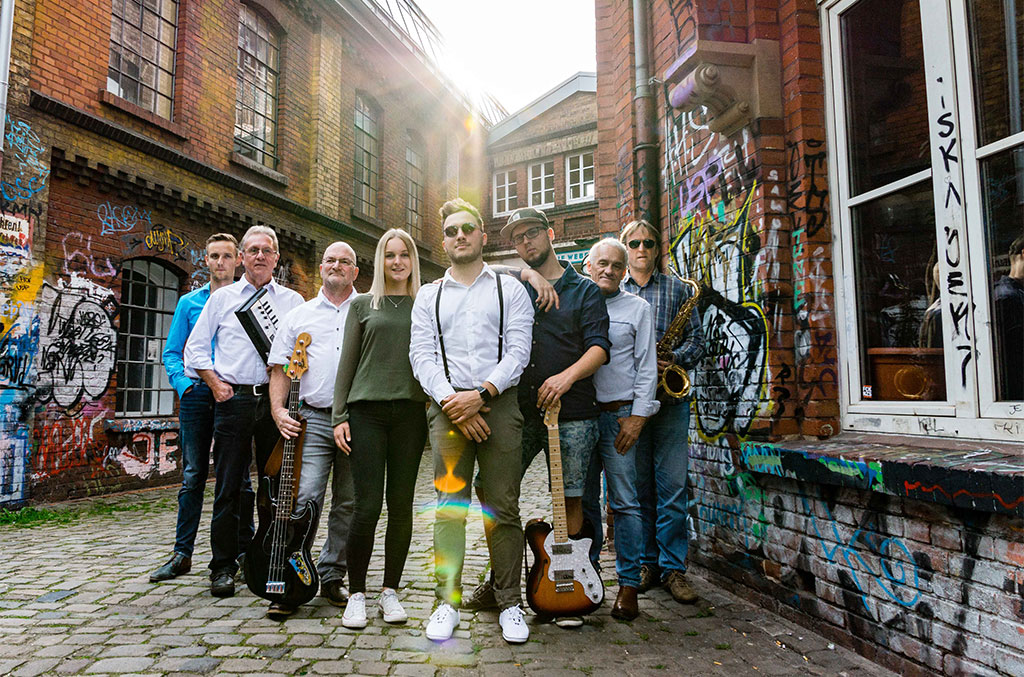 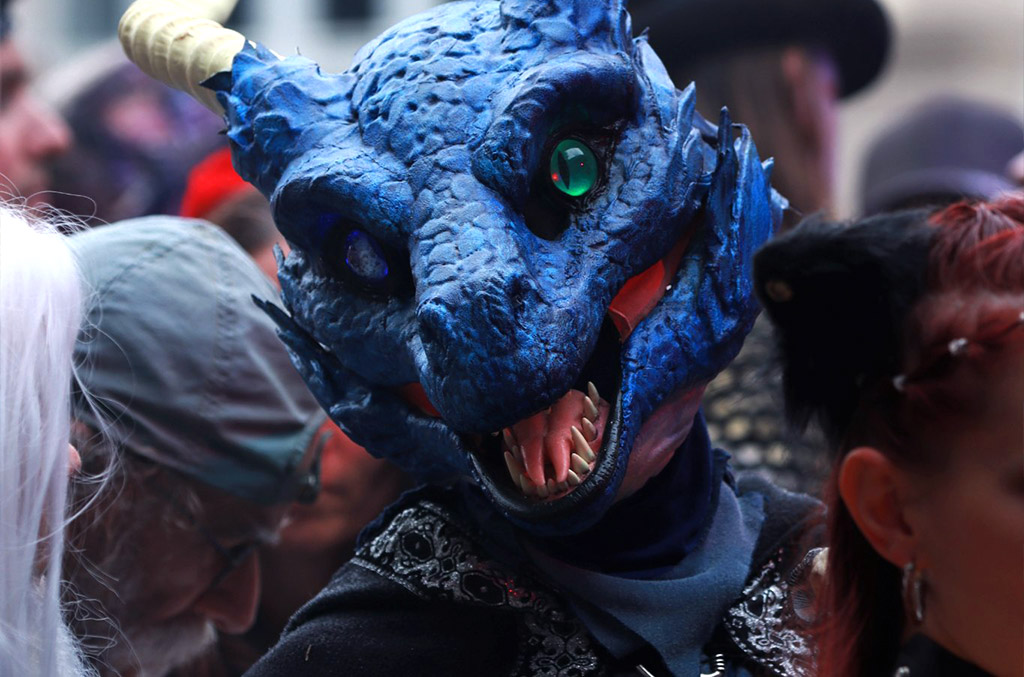 This and many other fantastic creatures you can experience not only in ANNOTOPIA, but also book directly with us.

This extraordinary group of artists from Minsk, Belarus, impresses by their versatility and artistic meticulousness. Whether as a walk act, stage show, with giant dragon, fire or LED show! The guys and gals are professional, breathtaking and a real highlight at every event! 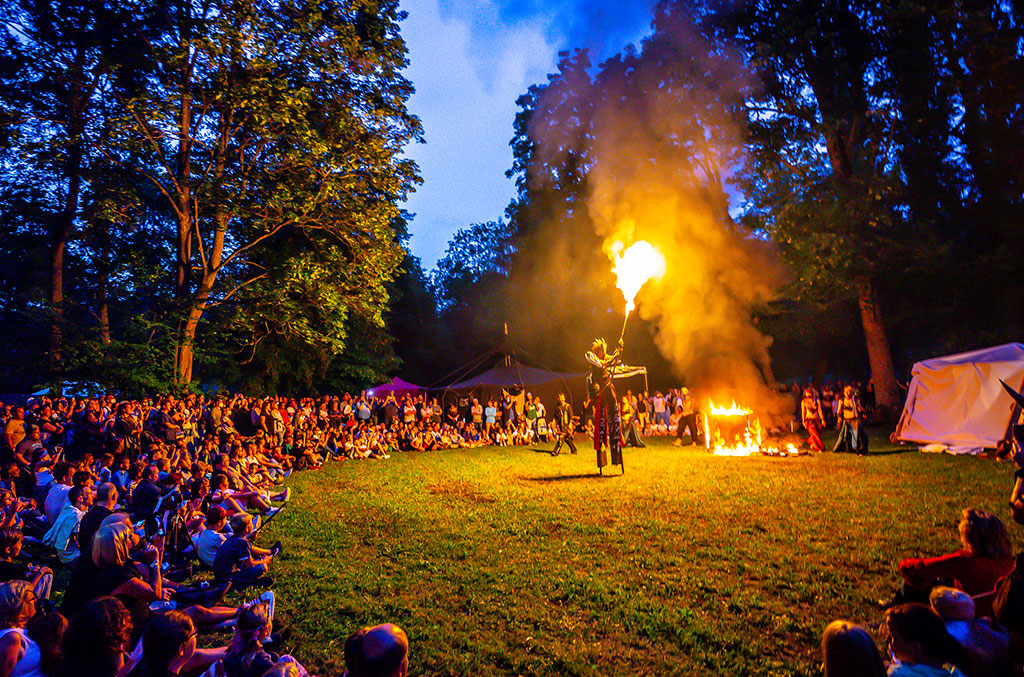 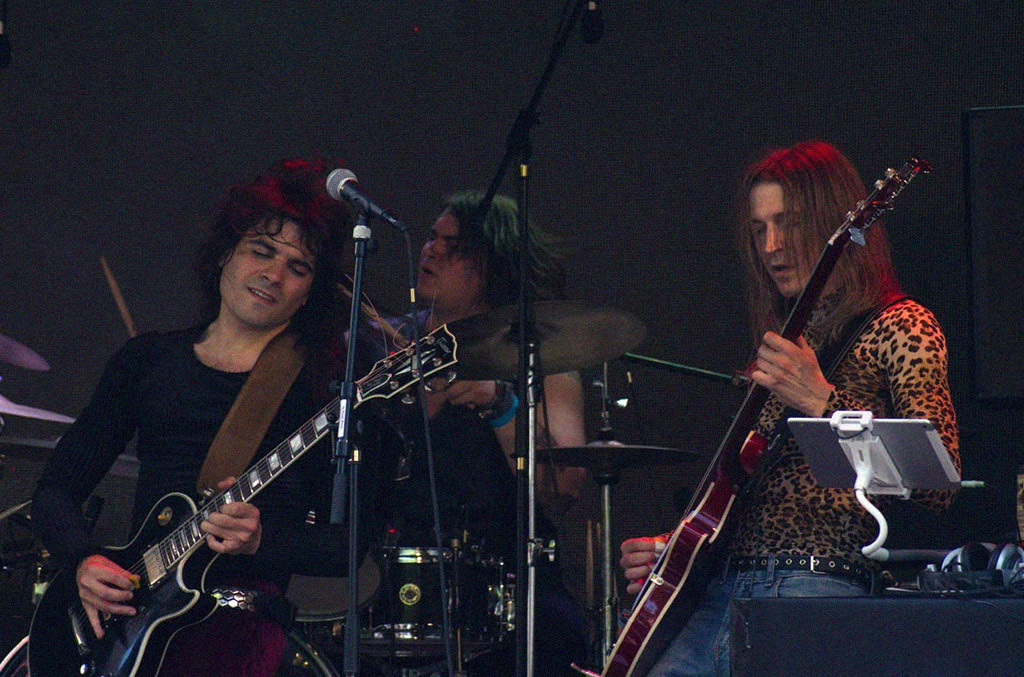 Whether AC/DC, Led Zeppelin or Little Richard:
Everyone likes music from the 60s and 70s, right?
To honor these bands from the past 50 years and to keep their music alive, the music university graduates Nick Adams (guitar, vocals) and bassist Thomas Dalitz together with drummer Alex Feher from the Bielefeld area got together and put together a specially selected repertoire: Because in addition to the hits of “big bands” they also attach importance to the hits from the second row and also cover songs that are not necessarily played at every city festival.
The perfect mixture of well-known Bluesrock, Hardrock, Psychedelic Rock and danceable Rock`n`Roll songs makes HIGH FLYER unique.

Look forward to a musical journey through time:
“We are High Flyer – and we play Rock`n`Roll!”

WAHDAT is a slang word meaning: What is it?

The question about the music of WAHDAT? The quintet, whose members have roots in the Australian continent, the West Indies, the United States, West Africa and Germany, offer a potpourri of songs and styles that span generations. A groove-oriented music that also feeds on reggae, to contemporary original compositions, all interpreted with semi-acoustic instrumentation.
“All very danceable and worth experiencing.” And so the question of definition is superfluous. WAHDAT. It is what it is. 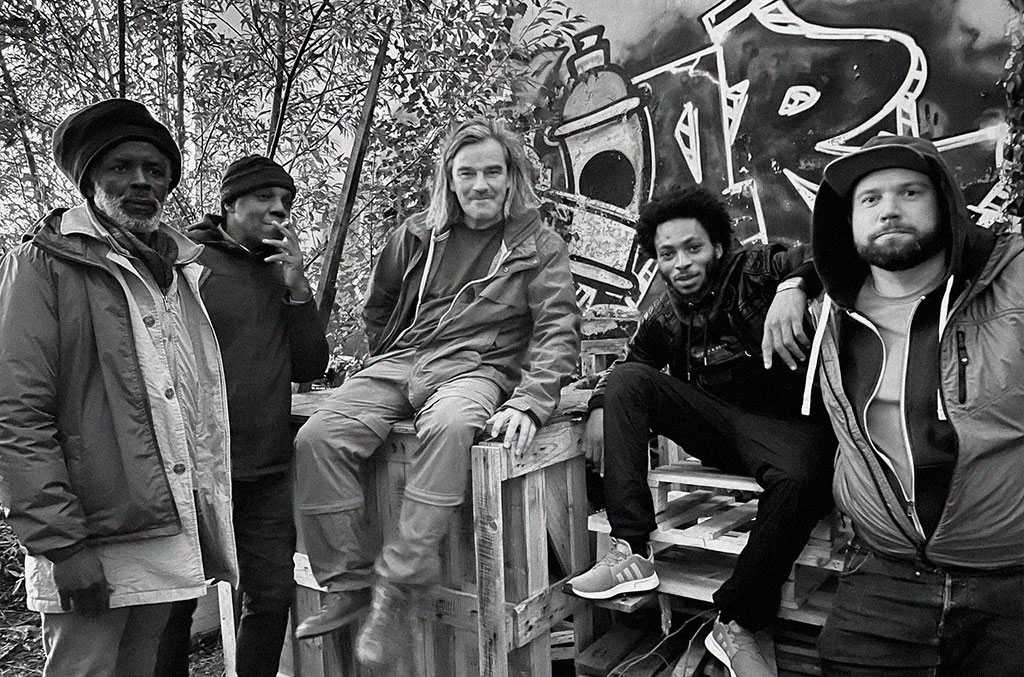